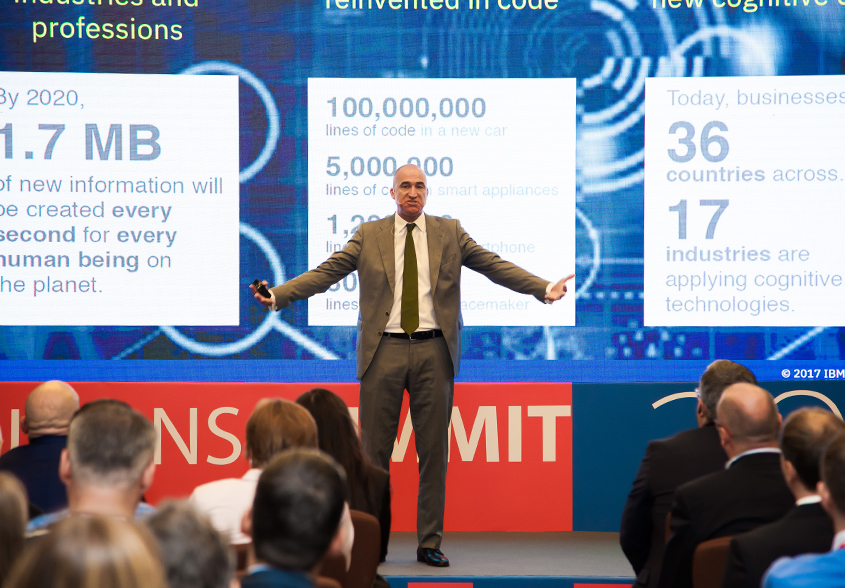 With the assistance of major global IT manufacturers and leading Russian system integrators, MERLION has conducted the MERLION IT Solutions Summit — the first ambitious event organized by the distributor for partners in the VAD (Value Added Distribution) area.

The summit was held at the Sheraton Moscow Sheremetyevo Airport Hotel between September 6 and 8. In total, it was attended by about nine hundred participants. The event was visited by Russian and foreign managers, top managers, and leading technical specialists of partner companies — major global and Russian IT manufacturers, system integration leaders, public sector organizations, financial sector, as well as representatives of oil and gas, fuel and energy sectors, large industrial, trade, and service companies.

The key partners at the summit were more than 30 well-known IT manufacturers, IT industry leaders in the segment of corporate IT solutions. They presented their latest developments at the exhibition area of the event (MERLION Expo). Platinum partners at MERLION IT Solutions Summit were such corporations as Dell EMC, Hewlett Packard Enterprise, IBM, and Microsoft. Premium partners: Intel, Lenovo, and VMware. HP Inc. was the major technical sponsor of the event.

During the plenary session of the summit, foreign top managers of leading global IT corporations delivered their speeches: IBM, HPE, Dell EMC, Microsoft. The general theme that all the key speeches covered was digital transformation of business and its peculiar features in Russia.

Diego Segre, Vice President, IBM Global Business Partner, described the ongoing process of business modernization in our country and in the entire world as a "digital evolution". In the Diego's opinion, only those company will survive which, irrespective of their size and business profile, will be able to adapt to changing market conditions faster and more efficiently than the others.

Roman Gilg, Channel Sales Manager for HPE Enterprise Group in Central Eastern Europe and Israel, underlined the growing importance of close collaboration between technology users, vendors, and their direct partners. Such a collaboration makes it possible to evaluate the real value of IT solutions for certain businesses more precisely and attain synergy while using new approaches and technologies with maximum efficiency.

Philippe Fosse, Vice President, Channel sales, Western and CEE, Dell EMC, mentioned the increasing role of the Internet of things and a new global technological platform on the basis of which companies have been developing the service-related areas of business.

Peter King, Sales Director, Small, Medium and Corporate, Central and Eastern Europe, Microsoft, emphasized that the efficient use of the IT technologies directly depends on the extent to which the implemented IT solutions suit the users taking account of their training level, motivation, work duties, and other factors.

MERLION managers also noted the importance of the human factor in the generally ongoing process of digital transformation of business. Yuliya Pechnikova, Director of the MERLION's department of VAD business development, emphasized that the efficient use of IT solutions directly depends on professionalism and experience of a team both technical and business specialists. Nowadays, the role of a VAD distributor is to use vendors' assistance to aggregate best practices and share it with its partners — system integrators and customers.

The session program was divided in two streams. The first stream was oriented to representatives of business divisions, salespeople, business development managers, and IT managers. The second stream was held for technical specialists.

Most of all, the audience was interested in the reports dedicated to cloud topics: hyperconvergent and software-defined infrastructure; virtualization and VDI; Internet of things; security of cloud environments, private cloud management and instruments for migration to public clouds; high speed data transfer and availability of data in the cloud.

Apart from these topics, there were active discussions about data protection, new approaches and technologies of vendors for ensuring comprehensive security, including the security within the scope of the "smart city" concept.

Megatrends in the area of infrastructure project implementation were also covered — from the issues related to financing of this type of work to the creation of the new-generation cloud platforms, creation of innovative solutions for data centers and IT infrastructure management systems.

Specific attention was paid to optimization of expenses when creating an engineering or network infrastructure in compliance with all modern requirements in the area of security, reliability, and efficiency.

In two specifically equipped classrooms, 15 labs and solution demonstrations were organized for the technical staff and engineers. The solutions were developed by IBM, Microsoft, Veritas, HPE, Dell EMC, VMware, Veeam and Unify. Meanwhile, Microsoft held a series of labs for users who had a chance to improve their qualification in the area of comprehensive security, learn how to use the tools for mail migration from popular open mail services in Office 365, acquire new knowledge in the field of business analytics and organization of collaboration at enterprises, as well as learn about new Microsoft tools for improving the efficiency of employees — Microsoft PowerApps and Microsoft Flow.

IBM, Dell EMC, HPE, MERLION and VMware specialists demonstrated to the users how to efficiently use the Bluemix cloud platform offered by IBM and create their own software-defined infrastructure using Veritas solutions, how to use VMware tools to create virtual systems for data storage, how to use the HPE Synergy hybrid component-based infrastructure for the efficient development within new IT environments, how to manage HPE 3PAR data arrays, and audit the IT infrastructure using the free Dell Performance Analysis Collection Kit. Besides that, solutions for data archiving and recovery by means of Veritas and Veeam products were demonstrated, as well as the capabilities of the IBM QRadar technology designed fro identification and analysis of incidents related to information security. Unify experts demonstrated the efficient use of a unified communication system on the basis of an omni-channel contact center workplace.

During the summit, more than 250 personal meetings were held, including some top-level meetings. The MERLION mobile application was specifically developed for the event and made it possible for the participants not only to follow the program, personal schedule, announcements, but also to communicate in group and personal chats. Live streaming of the plenary session was available on the website dedicated to the summit. Its recorded version will also be available later.